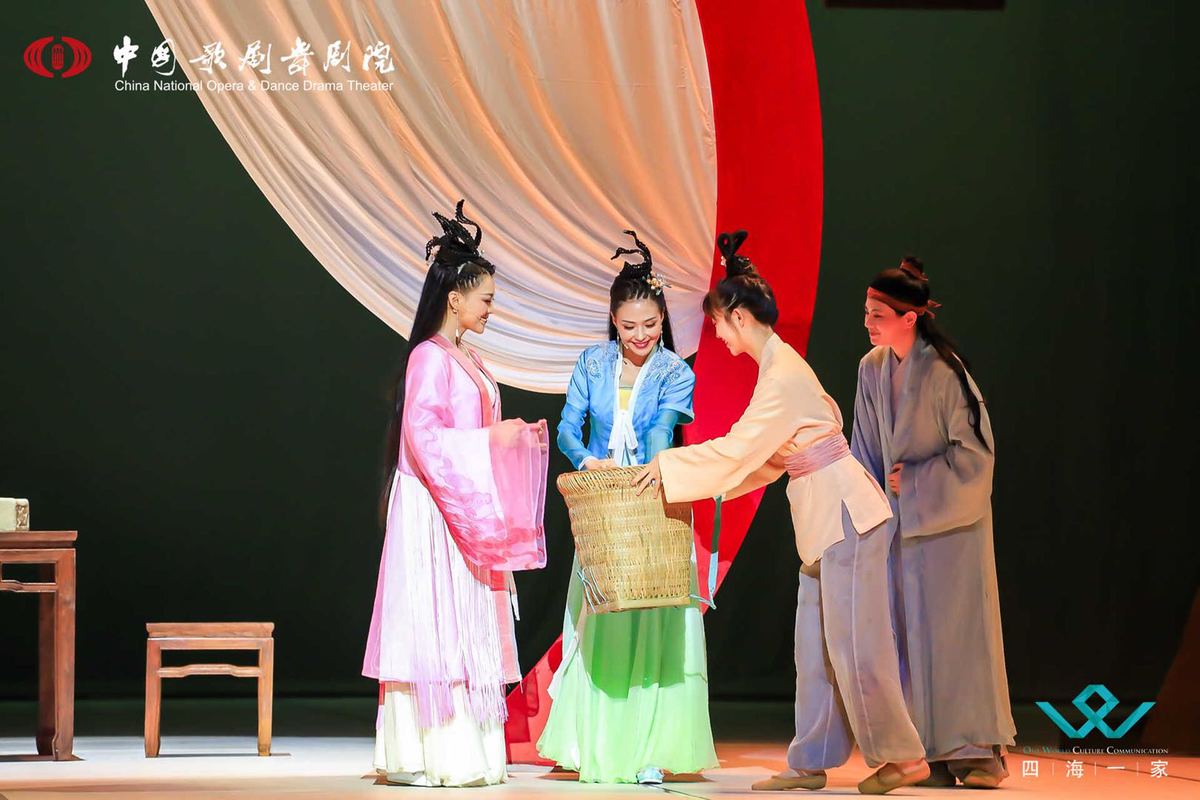 A scene from  Love Forever. [Photo provided to China Daily]

With the theater opening 50 percent of its seats to the public, the musical was also streamed online, attracting about four million viewers.

Based on the famous Chinese fairy tale, The Legend of the White Snake, which is the love story between a male human and a female snake spirit, the musical is directed by Mao Weiwei from the China National Opera and Dance Drama Theater, written by composer Li Xiaobing, a professor of the Central Conservatory of Music, and Chen Xiaoqi, a renowned music producer.

The Legend of the White Snake has been adapted into plays, Peking opera productions, television shows and films. The story is well-known among Chinese audiences.

After its premiere, the musical will be staged in Shanghai and Guangzhou.