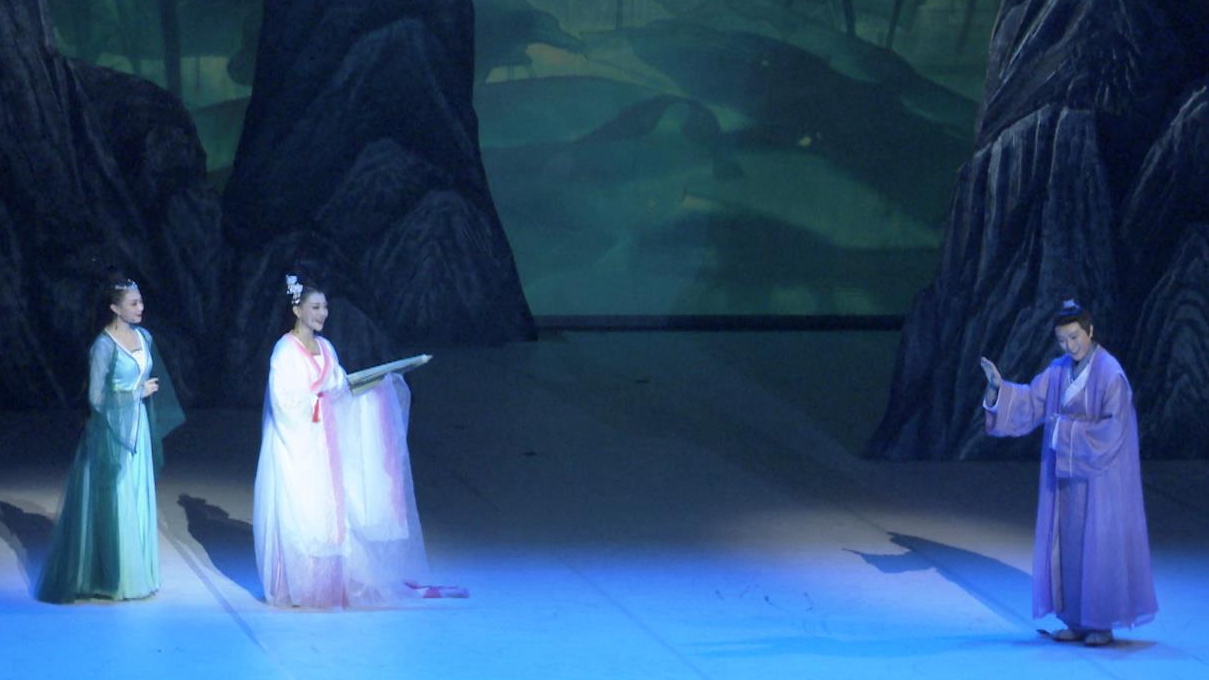 The 90-minute show unveils the plot through songs, and it's been a hit with the audience."This is the first time I've been to a show in eight months, as everything's been suspended due to the pandemic. I'm so excited right now. And tonight's show on the White Snake legend is one of my favorites," said a viewer.

The legend of the White Snake is a household fairy tale in China. The romance between a young man and a white snake maiden was prohibited by society, represented by monk Fahai. Adapted into various art forms throughout Chinese history, the musical has emerged as yet another new guise.

"This adaptation of 'The White Snake' is different in some ways. The conflicts between Fahai the monk and the snakes are not as sharp as in the original legend. In this show, everyone is warm and loving. And in terms of the music part, we injected many traditional elements, like Chinese operatic melody," said the musical's director Mao Weiwei. 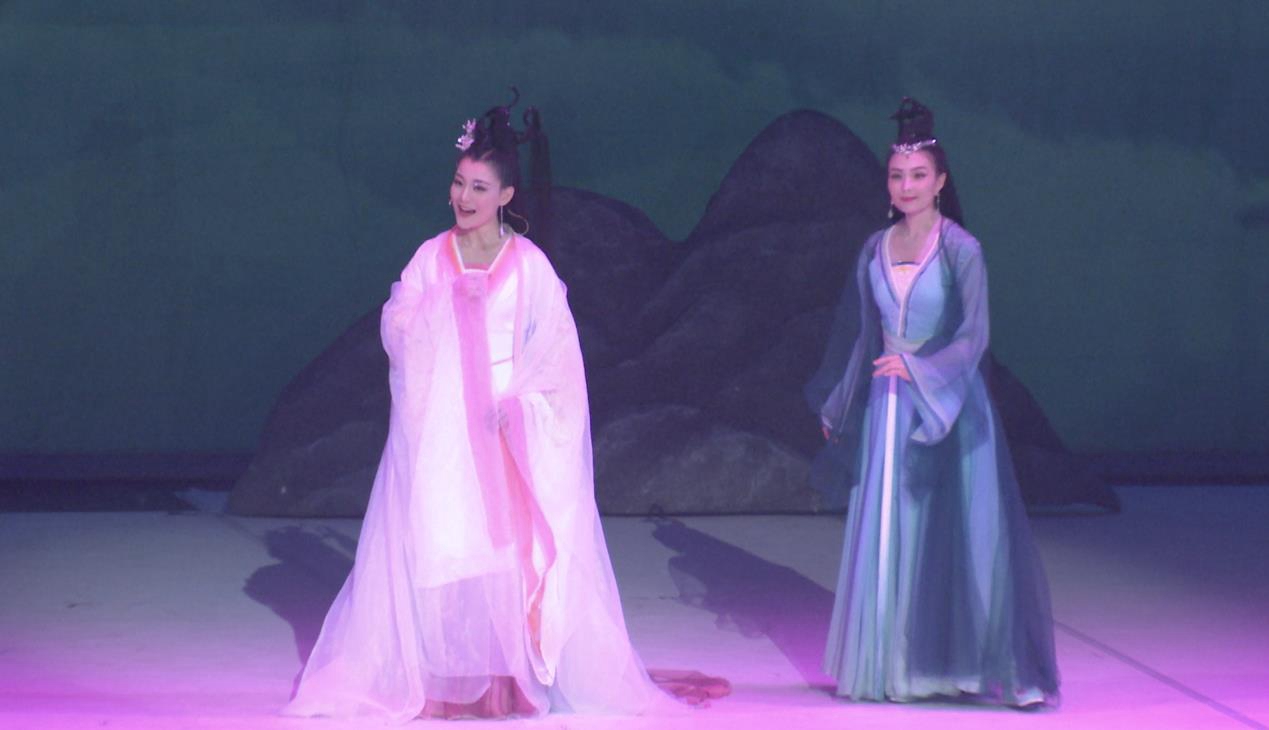 Stage shot of the musical "The White Snake." /CGTN

The musical was conceptualized in 2017 by the China National Opera & Dance Drama Theater. In a first, the musical made its debut online in May this year when theaters across the country were temporarily closed. It raked in nearly 450,000 "likes."

"The crew members didn't stop practicing even during the pandemic. They did it together online every day and the director gave them instructions in this way. That's why we could put the show on stage soon after theaters open in Beijing," said Tian Yan, the chief of the Opera Troupe from the China National Opera & Dance Drama Theater.

Social media users have expressed different opinions on the adapted Chinese legend, with some saying the musical has a novel singing style and a strong taste of classic opera, which makes it feel like a fusion of East and West. Many also agreed the actors sang well, but thought the lyrics too blunt and needed refining.

The musical will be performed at the Tianqiao Performing Arts Center in Beijing till the end of this week.

(Cover: Stage shot of the musical "The White Snake." /CGTN)